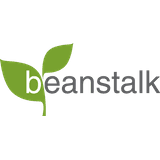 A code version control system that enables its users to write, review, and deploy code in a secure and reliable way.

What are the top Beanstalk Alternatives?

Check out this list of the best Beanstalk alternatives. Compare the top features, pricing, pros & cons and user ratings to suit your needs. 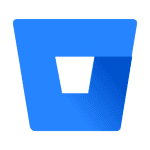 Reduce context-switching by managing your Jira issues in Bitbucket with the built-in Jira UI. And when you include your issue key in commits, your Jira issue statuses update automatically.

For teams that require a self-managed solution, Data Center is available at a starting price of $2300/year for 25 users.

You can check further details for pricing on this link 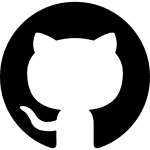 GitHub is the best place to share code with friends, co-workers, classmates, and complete strangers.

GitHub is where the world builds software. Over 83 million people use GitHub to build amazing things together across 200+ million repositories. With all the collaborative features of GitHub, it has never been easier for individuals and teams to write faster, better code.

You can check further details for pricing at this link 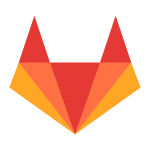 From managing and planning to deploying and monitoring, GitLab has you covered.

GitLab gives you everything from value stream reporting to planning tools, registries, CI/CD, testing, and much more.

You can use GitLab how and where you want to fit with your digital infrastructure.

All prices when billed annually.

You can check further details for pricing at this link

Mercurial is a free, distributed source control management tool. It efficiently handles projects of any size and offers an easy and intuitive interface.

Traditional version control systems such as Subversion are typical client-server architectures with a central server to store the revisions of a project. In contrast, Mercurial is truly distributed, giving each developer a local copy of the entire development history. This way it works independent of network access or a central server. Committing, branching and merging are fast and cheap.

Mercurial's implementation and data structures are designed to be fast. You can generate diffs between revisions, or jump back in time within seconds. Therefore Mercurial is perfectly suitable for large projects such as nginx (hg) or NetBeans (hg).

Mercurial was written with platform independence in mind. Therefore most of Mercurial is written in Python, with a small part in portable C for performance reasons. As a result, binary releases are available on all major platforms.

The functionality of Mercurial can be increased with extensions, either by activating the official ones which are shipped with Mercurial or downloading some from the wiki or by writing your own. Extensions are written in Python and can change the workings of the basic commands, add new commands and access all the core functions of Mercurial.

Mercurial sports a consistent command set in which most subversion users feel right at home. Potentially dangerous actions are available via extensions you need to enable, so the basic interface is easy to use, easy to learn and hard to break. The Quick Start should get you going in a just few minutes.

Mercurial is free software licensed under the terms of the GNU General Public License Version 2 or any later version.

Mercurial can be downloaded and evaluated for free.